Normally, bike sharing programs use bike docks or stations. If you want to rent a bike, you have to go to a bike station and get one there. When you get to your destination, you have to look for a bike station to lock and leave the bike. Think Velib in Paris, Boris Bikes in London, and Bixi in Montreal. This way, bike share operators ensure the safekeeping of their bikes. 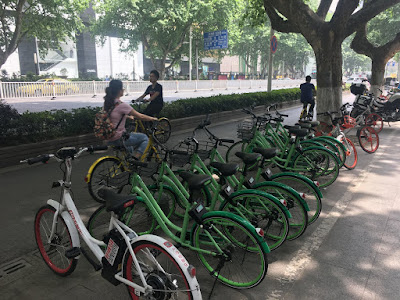 It started the same way in China (particularly in Beijing and Shanghai). But this past year it metamorphosized and China brought bike sharing to a whole new level.

Because of stiff competition, bike share operators in China have done away with bike docks or stations! They now allow users to pick up and leave bikes wherever they  please.

Bikes are literally everywhere. They're parked on every street corner. Different colors, different designs.
There's OFO Bikes, Blue Gogo, Mobike (the most popular) and a dozen other bike share providers. It's insane. 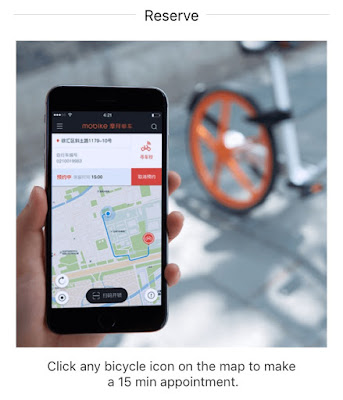 You just download the app, register, and deposit a consumable downpayment fee (300 RMB for Mobike). 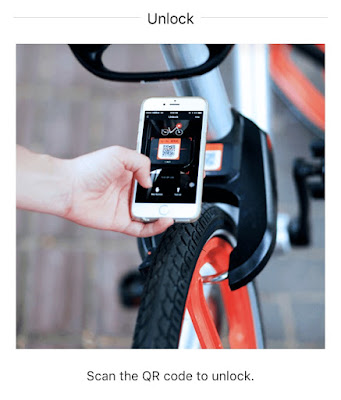 Then you look for a bike and scan its QR code. It unlocks, and you're good to go! 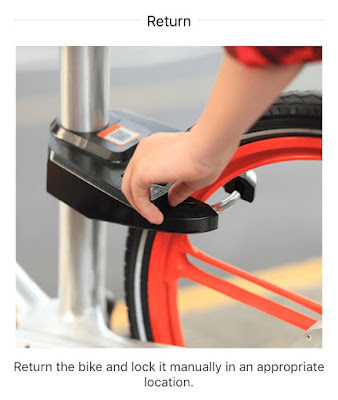 Once you complete your trip, just park the bike on the curb, lock and leave it. No need to find a bike dock or station! So convenient! 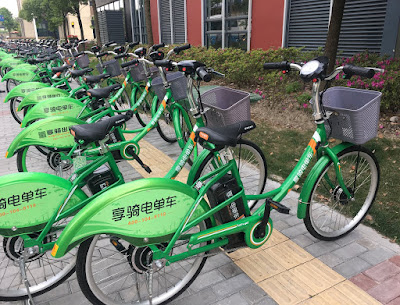 They even have them in electric bikes!!! How wicked is that?!

But how about security? Well, the program is not fool proof. Some bikes do get stolen. In fact, an official in Jiangsu province told me as much as 10,000 bikes get broken, lost or stolen each day! So I don't know if this business model will keep bike share providers afloat.

Another issue is sidewalk bike-clogging. An official in Shanghai told me that parked rental bikes are clogging the sidewalks, blocking the way of pedestrians. Shanghai is crafting a policy that would assign specific parking areas for these kinds of bikes.

On a final note, these Chinese bike sharing operators are branching out to other countries! Blue Gogo will be in the US, while Mobike is already in Singapore! I wonder if the Philippines is in their radar.
Posted by Kris Ablan at Friday, May 26, 2017 3 comments: